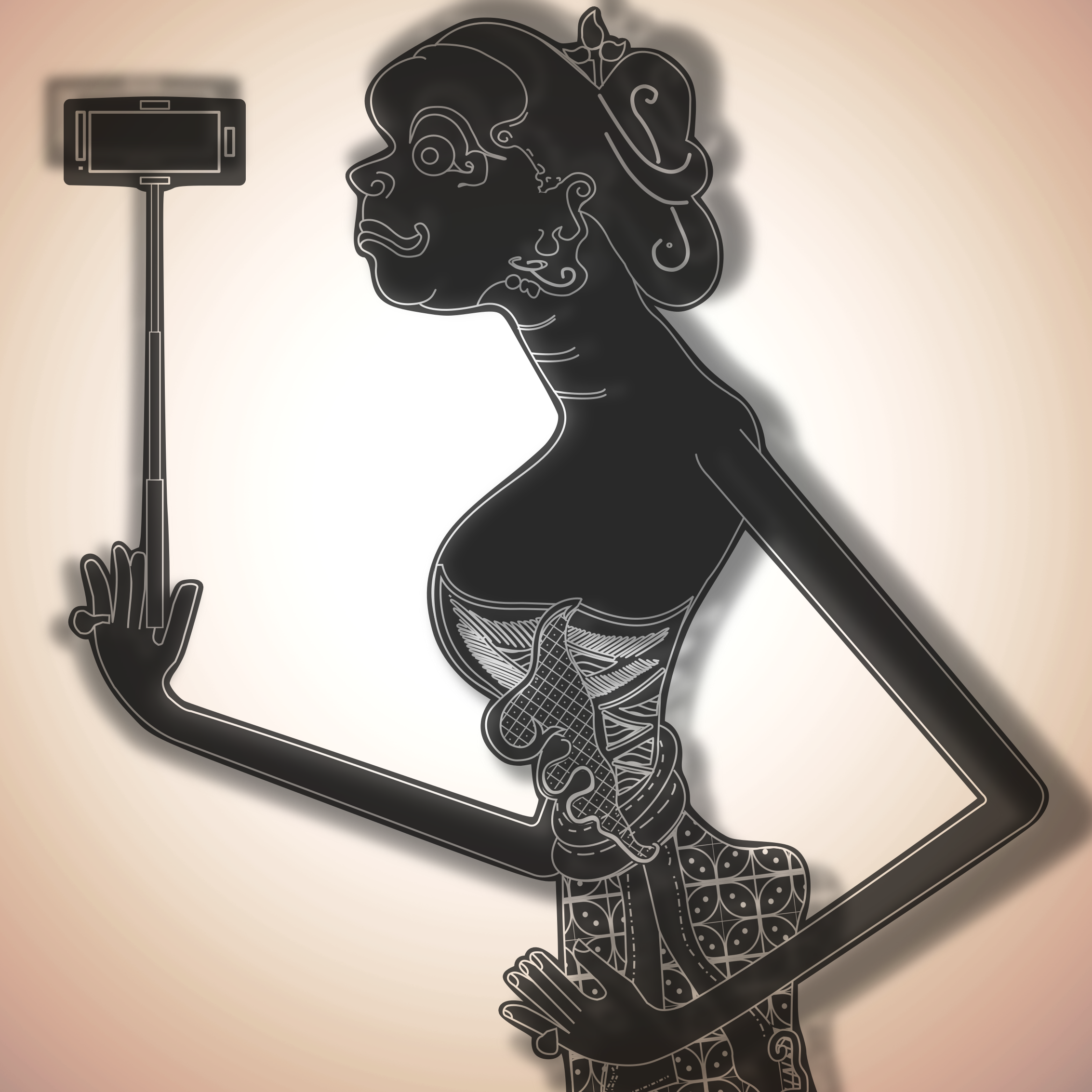 This website is part of my effort to explore “passive income” and “side gigs”. A few people said that one route is to create designs for t-shirts and other products. One idea I came up with was based on Indonesian culture. One form of entertainment is the “wayang kulit”, (literally “skin dance”), or shadow puppet play.

I noticed how many Indonesian women have gotten into taking selfies and thought of putting a cell phone in the hand of one of the wayang kulit characters. I did some research and found this one character named “Cangik”. She is a rare female comic-relief character. Someone who is a lady-in-waiting to a princess who is always scheming to get her son married to someone of high status. She is said to be very vain, usually seen constantly coming her hair. I had to do some reseearch to get some sample image and finally came up with the one above. I added some features from different versions and created what would be a 2D cell phone and selfie stick to put in her hand. I did the orignal image in black and white, then inverted the colors to make it look like the shadow the puppet would make. i then created a storefront on Teespring and set up a t-shirt with her image. For this blog, I took the image, cropped it to just the upper portion and then added some effect to make it look a bit like it was in front of a candle and behind a screen.

It looks like the character is fairly rare. I was told by an Indonesian that they never heard of this character. I thought this character was appropriate for several reasons. For one, it apparently very common for the comic relief characters to do something anachronistic. Such as jumping on a motorcycle instead of a horse. I thought that Cangik, taking a selfie, was fitting for a character that is supposed to be vain, and a criticism of the obsession with self-image. The comic characters are drawn to be “ugly”, so it makes the vanity even more inappropriate – and yet, as Cangik is a clown, she probably knows how absurd it is, but enjoys the process of living in the illusion of beauty within her own mind, sharing what is inside her with the invisible audience in her social media feed, and the viewer of the puppet play.